Coach Neville Jones, our beloved coach and friend, passed away on October 15, 2021at 630 pm. He was admired by all that knew him. Coach Jones was my guy that I always turned to when I needed anything. He was a true friend and was one of the hardest working men that I know. If I needed him to train, run a practice or just fill in to help coach a team that needed a coach, he was always the one I could depend on to fill the void for me. He never questioned me on any coaching job I asked him to do for me. He just took the players I assigned to him, taught them the game, and always turned his team into a winning team.

Coach Jones also ran a very successful lawn service. He was very good at his real job. He even helped me with my lawn. He handles his business just like he handles everything in life. 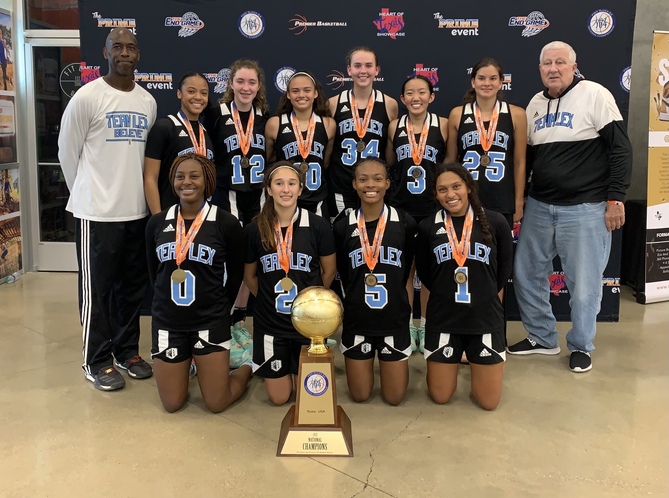 He always put the customer first and went out of his way to be sure that you were more than satisfied with the job he did for you. He was also one of the most respectful men I have ever known. Even though we were good friends, when I asked him about anything he always answered me with a strong, “Yes Sir”.

“Coach Jones took the time to understand me as a player. He made me feel seen and managed to relight the flame I have for basketball. He was one of the best people I knew and I will never forget him.”

“Coach Jones was an incredible man who helped me continue to grow in basketball, yes he was hard on us, but it was all good intentions. He was an amazing coach who cared for us endlessly, he will be missed.”

“Hey coach I miss you so much. you will forever be one of my favorite coaches and love forever in my heart. Love, Courtney.”

“Coach Jones is the definition of a Hard Worker. He will do anything for the people he loves.  This man believed in me like no other Coach has and was willing to have faith in the player I was and coach me to the player I have become. Thank you for everything. Love, Kora”

“Coach Jones was a very caring coach who was so dedicated to make any player he was coaching not only better at the game but also become better as a person. He was a huge goal setter and HATED to lose.”

“Coach Neville taught me numerous valuable lessons that have had a major impact on me not only in basketball, but also in life. He always had a positive attitude and encouraged me to be the best version of myself. I truly appreciate everything that he has doen for me and for the team. Rest in Peace Coach Neville.”

I can honestly say that I never heard Coach Jones speak negative about any person. He was always up beat and full of energy and inspiration. My heart still aches for the loss of this awesome friend. There are not enough words to describe this great man that always put others before himself. Coach Jones was devoted, caring, dependable, faithful, hard working, honest, kind, loving, respectful and one of the most thoughtful and supportive men that I have ever known. I believe that the two passages below can tell you a lot about the man, Coach Jones. Coach Neville Jones you may be gone but you will never be forgotten. I love you like a brother and look forward in seeing you again at the table of the Lord. RIH.

Titus 3:2 “To speak evil of no one, to avoid quarrelling, to be gentle, and to show perfect courtesy toward all people.”

Luke 6:35 “But love your enemies, and do good, and lend, expecting nothing in return, and your reward will be great, and you will be sons of the Most High, for he is kind to the ungrateful and the evil.”